1.1 The official name of the league is “The 64s Bantam/Junior Curling League”

1.2 The onus is on the league promotion of :

2.1 The current charter is intended to encourage maximum participation from the following Member Clubs:

2.2 A current list of the Member Club addresses, their telephone numbers and the official club contacts is included in the League Website.

3.1 To keep the league operating costs down, it is expected that member clubs will donate ice as their individual club calenders permit.  Every effort being made by the League Steering Committee to share the burden equally amongst themselves.

3.2 Each Member Club is entitled to enter two teams into the league each season.

3.3 Should a Member Club not be able to field two teams in any given season, the surplus teams are to be put into a pool.  Member clubs wishing an additional team for that season will enter a random lot to determine who will receive a third team until the surplus pool is empty or until an even number of teams has been reached.

3.4 Any Member Club not fielding two teams in a given year, is entitled to qualify for two teams the following season.

4.1 Each Member Club may send as many club representatives to League Steering Committee meetings as they wish, but each Member Club will have only one vote, when dealing with league issues.

4.2 League meetings will be held periodically throughout the calender year, based on need, as determined by the steering committee.

4.3 To date, the league has recognized the following volunteer administrative positions:

5.1 Selection of individuals for a given team is the responsibility of the Member Club that the specific team will be representing.

5.2 Every  league entry must be the registered responsibility of one of the Member Clubs.

5.3 Team composition is an open format. That is, the individuals on a given team may be all girls, all boys or members of both sexes. The players on a team may vary from week to week and there is unlimited substitution.

5.4 Clubs with more than one team will rank their teams for strength at the beginning of the season.

5.5 All teams are restricted to a combined on ice age limit of 64 years among the four participating curlers.

5.6 In the event that only 3 players are available from the team, then the on ice age drops to 48 years among the three participating players.

5.7 The maximum age for participation in the league is equivalent to the Curl Canada maximum eligibility for juniors.

5.8 No birth certificates or proof of age will be required.

5.9 Each participating team will provide:

6.1 A complete league game will consist of eight full ends.

6.5 A team that cannot field a team within 15 minutes of the actual start time of a draw will be subject to the following penalties for that game:

6.6 A team that cannot field a team within 30 minutes of the actual start time of a draw will be credited with a default loss.

6.7 All uncompleted ends will be scored as blank ends.

6.8 All league games will have the free guard zone in effect and will follow regular O.C.A. rules.

6.8 Games must be played according to the schedule, unless the entire draw is moved by the steering committee, due to weather or conflicting events.

7.1 Each of the 11 member clubs is entitled to two teams in the league, for a total of 22 participating teams.  This means that the league may require 11 sheets of ice to cover a full draw in each of its scheduled games.

7.2 A typical season will consist of regular season games to be played roughly every second week, on weekends. It is intended that  each Member Club team will play a representative of every other Member Club at least once during the season.

7.3 It is a priority that the complete draw for a scheduled league game be played on the same weekend.

7.4 Creating bantam/junior teams in most Member Clubs is difficult before November. Therefore, the first league season games would normally start on or around the middle weekend in November.

7.5 To allow maximum participation, regularly scheduled league play should end before March break. Additional games or play-downs can be scheduled based on player and ice availability, after March break.

7.6 There are currently no official league play-downs.

7.7 The tentative league curling schedule for the coming year should be established immediately at the end of the current year, in order to secure ice time at the Member Clubs and allow for optimum fit with other member club events.

7.8 Member Clubs having additional ice available are requested to present those openings to the league prior to the season opening. This will allow cancellations due to weather and other unforeseeable events to be dealt with quickly and effectively.

8.2 There are no current penalties for accumulated default games.

8.3 League standings will be tracked by Member Club rather than by individual teams. This allows single team clubs and multiple teams clubs to participate on an equal footing, by using the average score of the participating teams.

8.4 Determine the average Member Club score for any given game as follows:

9.1 There is currently no league crest.

9.2 There is a travelling league plaque that is awarded to the Member Club earning the most points in that season. It is returned to the league before the end of the next season.

10.1 Each spring a closing spiel is held to mark the end of the current season.

10.2 The spiel is open to any curlers who participated in the league in that season.

10.3 Each Member Club is entitled to as many teams as it fielded that season. Additional teams will be granted on a first-come-first-served priority, until the amount of ice available is full or until an even number of teams is reached.

11.3 When there is surplus monies in the fund at the end of the regular season after the award program and associated expenses have been satisfied, the balance is applied to reducing the price of the closing spiel.

12.1  Through the generosity of the Member Clubs the ice time is available at no charge.
A printer-friendly version of the charter is also available. 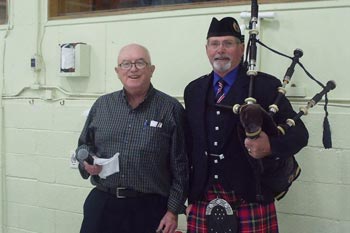 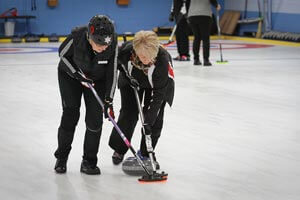 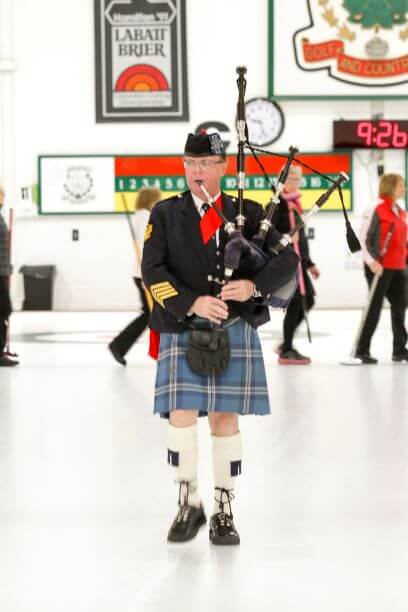 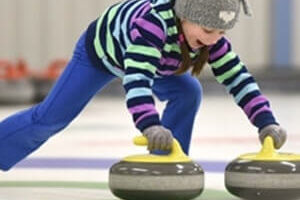 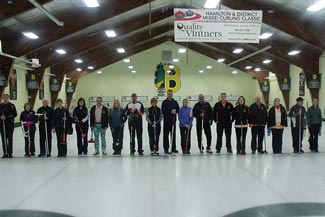