Mixed doubles curling is coming to the Vic

The Vic will be running a mixed doubles league on Saturday nights in the 2018/19curling season and would like to invite curlers from across the region to take part. We will be working out the details over the next few months and if you would like to be added to our mailing list, please let me know by sending your contact information to [email protected]

Here’s to finally getting the opportunity to ensure your own rocks are swept properly.

A bit about Curling at the Hamilton Victoria Curling Club:

The Hamilton Victoria Club is the longest continuing sporting activity in the Hamilton-Wentworth area, dating back to before the “Around the Bay Road Race”. Originally located at the corner of Main Street East and Catharine Street, the club moved a number of times to its current location at 568 King Street East, in 1905.

Located in the heart of Hamilton, we offer members a welcoming environment with leagues for all ages and skill levels. Affectionately known as “The Vic” to our members, the club plays host to district events, long time rental leagues and local schools as well. The ice is filled most weekdays from morning (Seniors curling) to evening (Recreational or Competitive League play).  Sunday mornings is a competitive mixed league, and Sunday afternoon, the ice is dedicated to young curlers (ages 6 to 18) from beginners to competitive.

The Vic has members from across the city and surrounding communities and is always welcoming new members.

New to the Vic for 2017/18 season is the LGBTQ league which runs on Friday nights at 8:30 pm.  New and experienced curlers are welcome.

One of our most popular leagues has been our “Learn to Curl” league which introduces the game of curling to those that have always wanted to “give it a try” or want to improve their skills. This league runs twice a year, starting in October and again in January.

2017 marked the 150th anniversary of our club, which was celebrated in a Gala Evening in March.  Also in 2017, The Vic received a significant donation from the City of Hamilton Future Fund which is being used to update the infrastructure to support curling for the next 150 years. 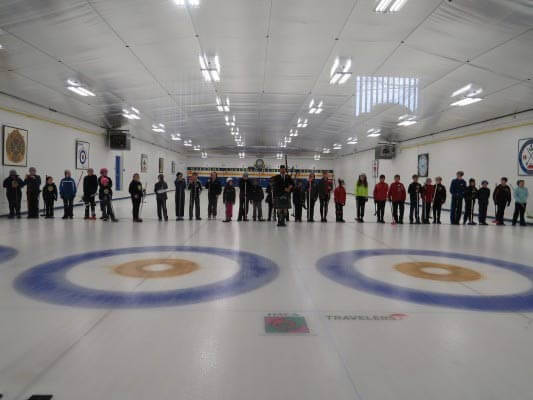