Hamilton, late July, and so what better time, with the ever-present threat of muggy, asphyxiating heat, to turn our thoughts to … curling!

Ah, yes, the cooling ice, the refreshing swish of the broom, the hand-knit sweaters with patterns of classic Canadian imagery, like criss-crossing beer bottles.

There’s no older curling club in the city, and only one older in all of Ontario, than the Hamilton Victoria Curling Club. It’s 150 this summer, the oldest continuously running sports club of any kind in Hamilton (older even than the Around the Bay Race).

How did it survive all this time? By continuously adapting. And right now “adaptation” means inviting the formation of an LGBTQ league to repopulate the club’s languishing Friday night drop-in spot.

When the club began in 1867, I’m not sure what they would’ve made of it all. For one thing, I don’t think they had acronyms back then. If they did, I think their best guess about LGBTQ might have been “Loyalists! God Bless The Queen.”

But this is a different world, and while the love of curling hasn’t changed, attitudes about other matters have.

“When I brought the idea forward,” says club president Gord Howarth, “I was not sure how it was going to be received, but 100 per cent of the board said, ‘What a great idea. Let’s go for it.’ It speaks well for the club.”

The idea itself, he explains, grew out of conversations with Deirdre Pike, in her capacities both as senior social planner with the Social Planning and Research Council of Hamilton and as a curler at Victoria. (Deirdre will be doing an LGBTQ positive space training session for the club, as well as for Rosedale Tennis Club and Roselawn Lawn Bowling Club, in September).

“The gay community no longer has a gay bar in Hamilton,” says Gord. “It lost a meeting place. At the same time, our Friday night drop-in has petered out, part of the ebb and flow.

“It was time to see if there is any interest in an LGBTQ curling club (ideally on Friday night). There’s a curling club in Toronto (that) tried an LGBTQ league and it’s a huge success. And that success provided financial stability for the club.”

That’s something — financial stability — that HVCC is keenly sensitive about. It has hydro bills in the winter, which, especially at current rates, account for 30 per cent of every membership, says Gord. And the granite rocks aren’t cheap. New ones purchased several years ago cost nearly $40,000.

The curling’s not on right now, so when Gord tours me through the old building, the big rink is a sand-coloured expanse of floor, corrugated with refrigeration pipes. Interesting to see it like this. The building has many nice touches and loads of history — banners, photographs, trophies, marking such milestones as the HVCC’s victory in the 1926 Tankard, forerunner of the Brier.

Many greats came out of HVCC. Elizabeth Bagshaw, one of Canada’s first women doctors and birth control pioneer, curled at HVCC all her life.

The 150th anniversary finds the club at an exciting juncture in its ongoing story.

Not only the LGBTQ league, but also a grant of $110,000 from the Future Fund that allowed them over the last couple of years to upgrade their electrical and seal up some leaking among other things; and a new icemaker in Chris Cairns.

The club, 250 strong, is busy with active leagues, including programs for learners, young people, mixed curling, seniors during the day, Dofasco curling on Thursdays, Special Olympics and schools in areas of need. And the future, Gord hopes, holds yet more — conversion to solar; step-up as an affordable downtown banquet facility.

Gord, president for all of six weeks, started curling when he met his wife, an avid curler. “She told me, ‘If you’re gonna talk to me, you’ve gotta curl.’ Before kids, our monthly curling bill at one time was bigger than our mortgage.

“In winter, it’s too easy to sit in front of the TV. Curling’s a good mix of skill and social.” 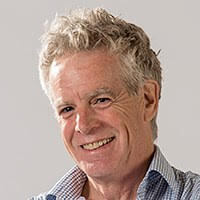 Jeff Mahoney is a columnist with the Hamilton Spectator.